The Mind of a Cereal Killer 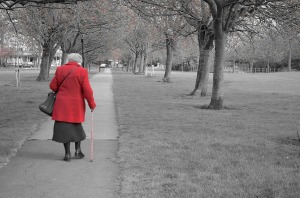 I remember a job I did a while back. I was just supposed to install some internet. Well this old lady Rose in her red pajamas and her neighbor Ann were in the house when I arrived. They started drilling me with questions as soon as I crossed the threshold of the door.  Turns out, a few other techs had been to Rose’s home before myself and merely failed to help or actually listen to her. As with most customers money is very important, so this was where the first drilling site would be for the pair. You see, Rose and Ann are both on fixed incomes so they’re very persnickety about their money. So being me, I educated them on how to save a little more. Showed them where to go, what to do, actually did a few of the steps for them.

Rose was having problems with her CD player and surround sound system. Her systems weren’t dysfunctional, they just weren’t hooked up. She desperately wanted to listen to her gospel music because she hadn’t heard it in a long time. I suspect a few years. Her equipment had laid idol for so long that it was collecting dust muffins. She asked me if I could help her.  She assured me that she would be forever grateful for whatever I could do. Naturally I helped Rose out, if for nothing else, empathy.

She grabbed some paper towels and we both dusted. Then I hooked her stuff up and showed her how to use it. We tested it out with one of her gospel CD’s. She waited in anticipation. When the long awaited roars of her gospel music hit the airwaves in surround sound…Rose was ecstatic. Her face lit up like a trail of lightening burning the night sky. Being as old as she was, I watched her glide across the floor in joy as if to dance a bit, but in a way as not to reinjure her bad hip. I chuckled at her. She had to be about 80 or 85 years old. She was overwhelmed with emotion. So much so, it nearly moved her to tears. She rushed into the bedroom and grabbed her purse, pulled out her wallet and reached at me with six ones.  Then she quickly went to her piggy bank and poured the contents out all over her bed – $6.34 in change – Total: $12.34. I vehemently turned the money away. But Rose wouldn’t take no for an answer. She made me take it. And told me that she was forever appreciative to me for having empathy helping her and that she would have gave me more had she it to give. That gesture moved me. It moves me still.

About me…hmmmm. What’s to tell? I wear a hat of many colors. I’ll try to sum me up with the following: I am someone’s son, and another’s dad; filling a role in which I never had. Some call me student and other’s call me coach. Some call me: easy-to-talk-to and others call me: hard-to-approach. A few call me brother, although I’m a bit torn; cause I have many brothers, soldiers called Airborne. I’m a gamer, a father, a self proclaimed sage; I’ve even been called dog, but I stay in my cage. Some call me loser, and some call me winner. But there is one thing you’ll never call me and that’s late for dinner.

2 thoughts on “A Happy Red Rose”